King David didn’t have just one bad day or several; he had a lifetime of bad days! Sounds like our new normal, doesn’t it?!

Sometimes these bad days were brought on by his own actions; Bathsheba watching brought on quite a few bad days.

Sometimes bad days were brought on by work issues; javelin practice at his head by his employer, King Saul, or his family being carried off by marauders.

Sometimes bad days happened for King David because of family issues; Absolam plotting to take the throne or his own brothers mocking his motives for service or his wife Michael’s jealousy or…well there were a lot of family issues with David and too many to mention here. And then sometimes it was just nature rearing its ugly head that gave David a bad day like when bears and lions decided his sheep looked like a good lunch.

But the Song Writer could reflect back on his life, including the bad days, and compose a song so full of Truth that it has become the most quoted passage of the Bible of all time. Psalm 23 is Truth that bores deep into our sadness, our fears, our anxieties…our bad days and reminds us just Who God Is and ALL that He is for us.

Let’s break it down a bit starting with the very first phrase.

The LORD is my shepherd,

If this was all David wrote, it would be enough! Just think about what David was saying. The most powerful man of his time, maybe of all time, was admitting that he was a dumb sheep in need of a shepherd. And if anyone knew about dumb sheep, 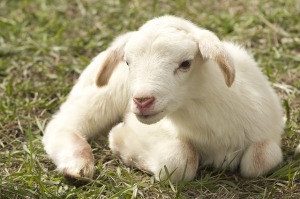 David knew all about vulnerable sheep; defenseless, easily frightened, prone to stray, lacking a sense of direction, cannot care for themselves and weak. He also knew they survive better together in flocks, that they will follow and be loyal to their shepherd, and that they thrive when in the comfort and protection of their shepherd.

David knew what it meant to be the shepherd. He knew how to use the staff to protect the sheep, he knew how to use the rod to discipline the sheep, and he knew how to find a wayward sheep, bring it back to the fold and then take measures to keep it from straying again. He knew about the hardships of keeping the sheep, of fighting off bears and lions and pestilence and thieves. David also knew that the only way, the absolute only way for a sheep to survive in this hard and dangerous world was willingly to place itself under the protection and obedience of the shepherd.

Knowing all this King David, the shepherd boy, called the King of Kings and Lord of Lords his Shepherd! Not just any shepherd, not some shepherd hired for a night or part-time in his duties. David claimed His Creator as The Shepherd.

It was personal. It was intimate. It was relational.

We, the sheep, have bad days and lots of them in 2020. But because we know The Shepherd we have all we need to not just survive these bad days but to overcome them and survive. More on that in Part 2!

Know that the LORD Himself is God;
It is He who has made us, and not we ourselves; 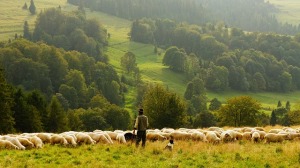 We are His people and the sheep of His pasture.