Movies can be great! I do think a very large majority of them are horrible; either bad plots and acting or filled with unnecessary bad language and sexuality or violence. But, I have my favorites that I will watch more than once.

Most musicals I have seen enough times to have the music and the lines memorized. These are great for housework and laundry. I put the movie on and go around the house cleaning and staying completely in sync with the movie.

It’s kind of fun to turn off the vacuum and find that I am right on que with Julie Andrews or Shirley Jones or Doris Day though maybe not quite in tune with them! (I know, I’m old!)

And I have plenty of non-musicals that are favorites that I will watch more than once. Classics like Ben-Hur and The Ten Commandments and most of John Wayne’s movies. The Illusionist and The Prestige are two that I had to watch about 3 times to get all the nuances. Really too many to mention especially when I add in all the Sci-Fi/Fantasy favorites. I just like well-done movies. They are good entertainment even if it is a serious or tragic story.

But only a bushel of movies out of the hundreds I have watched in my almost 60 years have challenged my own behavior or thoughts or encouraged me that I might be doing something right. The recent movie, The War Room, was full of challenges concerning my spiritual habits or lack thereof. The Lord of the Rings Saga reminds me every time to never give up on God’s mission for my life and that this mission is important or else I wouldn’t still be on this Earth.

And Wonder Woman…Diana defiantly confronted me with things I could do better and encouraged me that I am doing some things okay. I didn’t go into the movie theater expecting either of those. But I’m glad I came out of the theater pondering them and all at once. Here are two more…

What Wonder Woman and I have in Common

Trevor: “We have a mission! We can’t save everyone in this war! It’s not what we are here to do.”

In her very long life, Diana never lost sight of her one true mission; individual people. She was sent to save those who could not help themselves. Yes, she had all the tools of warfare to defeat the god of war. Yes, her eye was set to meet Ares face to face and kill him. But her heart was tender toward those in need; one person, one group, one village impoverished and imprisoned by the war. She could not go around that fact. She had to fight her way straight through it and save whom she could.

It was the one point of contention between Diana and her mother. Diana wanted to fight the god of war and more importantly fight for the oppressed and her mother wanted to protect her from that fight. What mother wants to see their daughter go into one hopeless battle after another? Even an Amazon has that mother bear instinct!

Her human soulmate, Trevor, could only see the war and his mission to try and end it, by any means. Diana saw the people trapped in the war and wanted to save even just one. 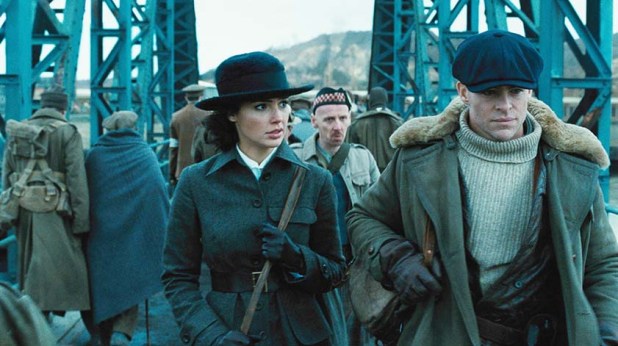 Her compassion undergirded her mission to kill Ares and drove her to action in spite of all the odds against her.

In the end, Diana realized that people were her true mission. Ares was simply a distraction; a powerful distraction, but just a distraction. She devoted her life to save the poor and the outcast from future oppressors.

Satan: “You are just one little itty bitty person! You can’t help this world! It is beyond saving!”

Elaine: “You’re right. But it is not my job to save the world. Jesus has already done that! It is my job to obey Jesus and serve people. That is what I am here to do.”

I have a true eternal life with Jesus which started the day He became Lord of my life! I also have a mission given to me on that very same day! (Matthew 28:18-20)

But how many times in these 50+ years of walking with Jesus have I let the enormity of the battles raging around me eclipse the reality that God has already won the war!!

James 1:18 says…Pure and undefiled religion in the sight of our God and Father is this: to visit orphans and widows in their distress, and to keep oneself unstained by the world.

2. Leaders Fight in the Battles!

Diana was never an armchair player or coach. Even as a child she wanted to be in the action, ready for anything. She learned to fight and to lead and to do this on the front lines. As a leader, she could quickly assess the battle field and plan accordingly. As a fighter, she ran straight for the hottest part of the battle and fought beside those she inspired by her courage and tenacity.

At the same time, it was ingrained in Diana to submit to leadership. She followed with grace and submission; to her mother and to Trevor as her conscious permitted. But when those she followed tried to distract her from her one true mission, then she became the leader and with grace and fortitude carried out her mission.

She even followed Sir Patrick for a time until the truth of his real evil self was revealed. Then her mission of “Kill Ares” went into full throttle even when he tempted her to follow him as co-rulers over mankind. Diana rejected his lies for the truth of her mission to lead and to fight alongside mankind to save those who could not save themselves.

Elaine: “I do not wrestle against flesh and blood. I fight the good fight with the whole armor of God, and above all I am strong and courageous!”

There is no place in God’s eternal plan for anyone to sit back and be an armchair quarterback or to be a spectator in the stands.

Ephesians 6:12-13 “For our struggle is not against flesh and blood, but against the rulers, against the powers, against the world forces of this darkness, against the spiritual forces of wickedness in the heavenly places. Therefore, take up the full armor of God so that you will be able to resist in the evil day, and having done everything, to stand firm.”

II Timothy 4:7 “I have fought the good fight, I have finished the course, I have kept the 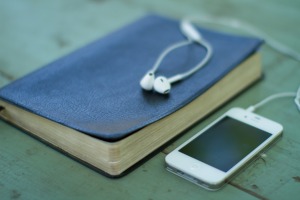 Joshua 1:9 “Have I not commanded you? Be strong and courageous! Do not tremble or be dismayed, for the LORD your God is with you wherever you go.”

The Bible says I am either for Jesus or against Him. (Matthew 12:30)

I am for Him!! And because I am for Him, I have a personalized battle plan set before me each and every day which cannot be carried out from the ease of the Great American Dream. It can only be carried out in the trenches of the shattered lives disposed of by the lies of that dream.

The Great American Dream is in reality, The Great American Lie!! Thousands, if not millions of people lay waste in the aftermath of their quest for this elusive and empty hallucination. Just search the headlines and read the Tweets of those who think they have “made it”! Drugs, alcohol, broken relationships and abandoned mansions litter their lives.

As a daughter of the King of Kings, I cannot live a life of ease and comfort and expect to be used by God for His front line purposes! I must lay aside my earthly hopes and dreams and get in the only battle that matters; the battle for the human soul!!

The Lord is not slack concerning his promise, as some men count slackness; but is longsuffering to us-ward, not willing that any should perish, but that all should come to repentance. II Peter 3:9